Join us for a fascinating table ronde discussion with three leading women working behind the camera in French and Australian television and cinema.

Drawing on their personal experience and research, Greer Simpkin (Head of television at Bunya Productions), Rachel Okine (Managing Director at Aquarius Films) and Michelle Royer (Associate Professor and Chair of the Department of French and Francophone Studies at Sydney University) will explore various facets of this male-dominated (in key roles) industry, including the way films and series are financed, produced, programmed and distributed.

Specifically, they will delve into issues of gender inequality in France and Australia; including the impact of the #MeToo movement, gender quotas, the shifting portrayal of women on and off screen, players that are driving change, and much more.

The talk will be facilitated by our President of the Board Lyn Tuit and a glass of French wine will be served upon arrival.

Greer Simpkin joined Bunya Productions as Producer and Head of Television in March 2015 after many years working in editorial and production roles in broadcasting – ABC (Australia) and Channel 4 (UK).

Greer has also produced a number of documentaries including The Troublesome Priest for the ABC, the VR film  Every King Tide  for SBS and the drama/doc series Blue Water Empire for the ABC as well as the feature documentary Sanctuary, which received a Special Mention and came fourth place in the Audience Award at the 2019 Sydney Film Festival.

Rachel Okine is the Managing Director of Aquarius Films where she is responsible for strategically leading the team in its film and television operations. She previously headed acquisitions for STX across UK distribution and international sales. Prior to that, she was the VP of International Production and Acquisitions for Studiocanal, where she acquired titles for the French, German and ANZ territories and oversaw all multi-territory deals.

Rachel’s career began in the acquisitions department of FilmFour in London in 2001. Returning to Australia in 2002, Rachel was the first employee of Hopscotch Films, working across publicity, marketing, acquisitions, production and development.

Associate Professor Michelle Royer is the Chair of the Department of French and Francophone Studies at Sydney University. Her research has focused on the work of 20th century writer and filmmaker Marguerite Duras, and on French and World Cinema.

She has published extensively in French and English on Marguerite Duras’ cinema, using postcolonial and gender theories, on socio-political cinema and on stars studies. Her most recent publications are a co-edited volume on Stars in World Cinema;  a monograph entitled The Cinema of Marguerite Duras: Feminine Subjectivity and Sensoriality and a collective volume  Marguerite Duras à  la croisée des arts (2019).  She is currently working on two research projects: one on 'Cinema and neuroscience' and the other on national Film festivals in Australia. 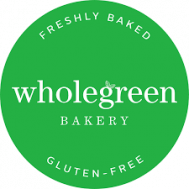 EVENT IS IN ENGLISH

Glass of wine will be provided upon arrival

*Please note that Membership status will be checked